The dust content of protoplanetary disks sets the most basic initial conditions for planet formation. The total dust mass in disks represents the available budget to form planetesimals, rocky planets, and the cores of giant planets. Its evolution with time provides information about the time of planet formation. The dust mass is also used as a proxy of the total gas mass to constrain viscous and/or wind-driven disk evolution. All of these are key ingredients in our current planet formation theories.

The dust mass of protoplanetary disks has been classically measured from a disk-integrated flux of its (sub)-mm continuum (Hildebrand 1983). This method assumes that the disk can be described by a single temperature and dust opacity, both of which are fixed. This allows for the measurement of dust masses in large samples of disks based on (sub-)mm low resolution surveys. ALMA has now performed such surveys in all the nearby star forming regions, which has unearthed a crucial problem in our current understanding of planet formation: the dust masses of protoplanetary disks appear to be lower than the solid mass found in exoplanetary systems (e.g., Manara et al. 2018). The implications of this discrepancy are nowadays subject to much scrutiny, since they would indicate that either (i) planets are already formed in the protoplanetary disk stage (i.e., in less than 1 Myr); or (ii) the dust mass of disks is continuously replenished via infalling material.

However, there is a third possibility: our current dust mass measurements could be substantially underestimated. The flux-based method described above is based on various approximations whose effects are not well-known. In particular, high resolution ALMA observations have revealed that protoplanetary disks are composed of multiple ring substructures (Andrews et al. 2018), most of which are believed to concentrate large particles, thus modifying the radial distribution of surface density and dust opacity. More importantly, various studies have now shown that protoplanetary disks are in fact optically thick even at 3 mm (e.g., Carrasco-Gonzalez et al. 2019; Macias et al. 2021). These high optical depths could be hiding substantially high amounts of dust.

The main objective of this PhD thesis is to benchmark the measurement of dust masses in protoplanetary disks to elucidate whether the mass-budget problem is simply caused by an underestimation of the disk dust masses. This benchmarking investigation will be performed following two complementary avenues: (i) a low spatial resolution analysis to test the effectiveness of the flux-based mass measurements in current demographic studies; and (ii) a high spatial resolution multi-wavelength analysis of protoplanetary disks to obtain detailed and accurate measurements of their dust mass. For the latter, the student will join the Very Large Array (VLA) Large Proposal V-SHARDS (VLA Survey at High Angular Resolution of Disk Substructures, PI: E. Macias), which will obtain extremely deep and high angular resolution images of a number of protoplanetary disks. The student will then combine these data with high resolution ALMA observations.

During the duration of this PhD, the student will gain experience with the demographic analysis of protoplanetary disks, including modelling and statistical analysis. Additionally, the student will become an expert in the reduction and analysis of ALMA and VLA radio-interferometric data, as well as in preparing and submitting new observing proposals. 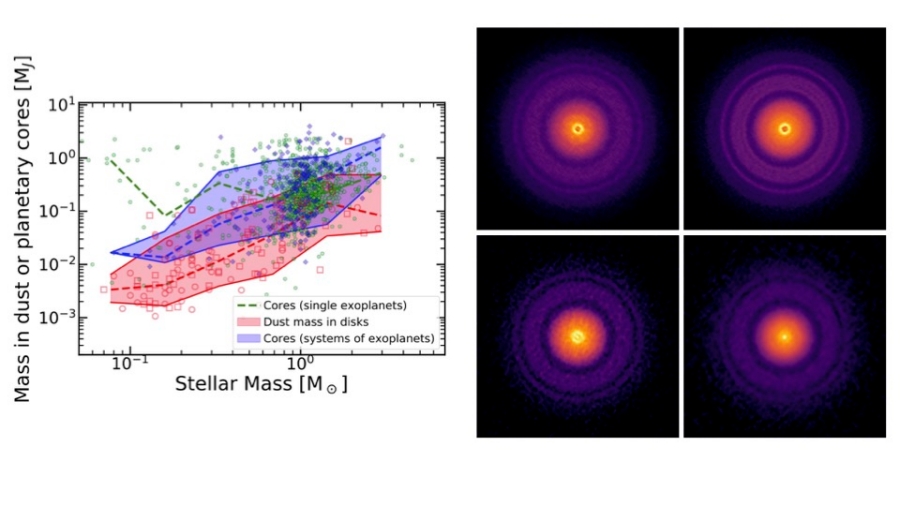