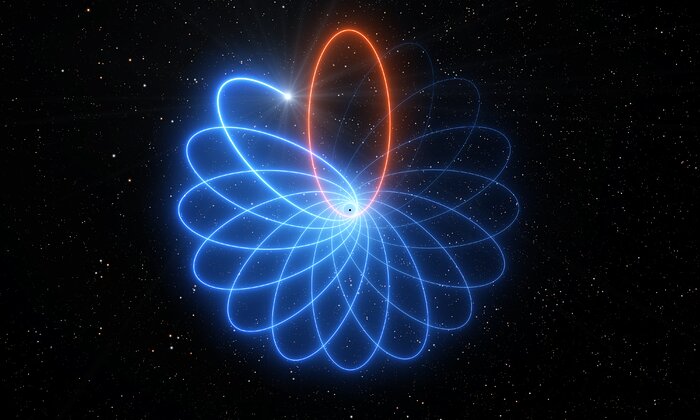 Observations made with ESO’s Very Large Telescope (VLT) have revealed for the first time that a star orbiting the supermassive black hole at the centre of the Milky Way moves just as predicted by Einstein’s theory of general relativity. Its orbit is shaped like a rosette and not like an ellipse as predicted by Newton's theory of gravity. This effect, known as Schwarzschild precession, had never before been measured for a star around a supermassive black hole. This artist’s impression illustrates the precession of the star’s orbit, with the effect exaggerated for easier visualisation.