Foto PR eso1620a
Schematic diagram of the history of the Universe 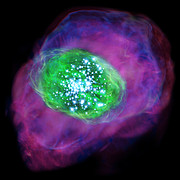