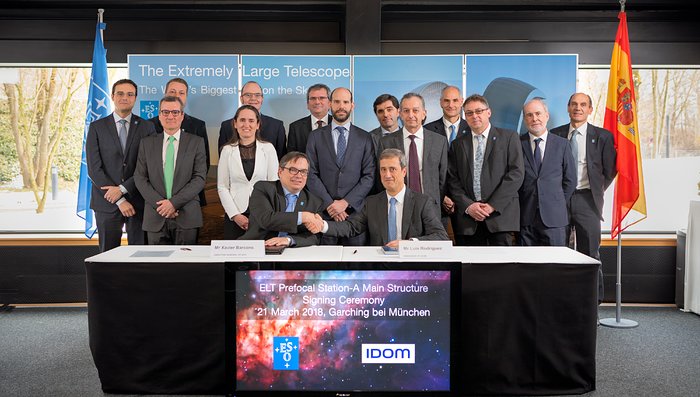 This picture shows members of the ESO and IDOM teams after the signature of the contract.