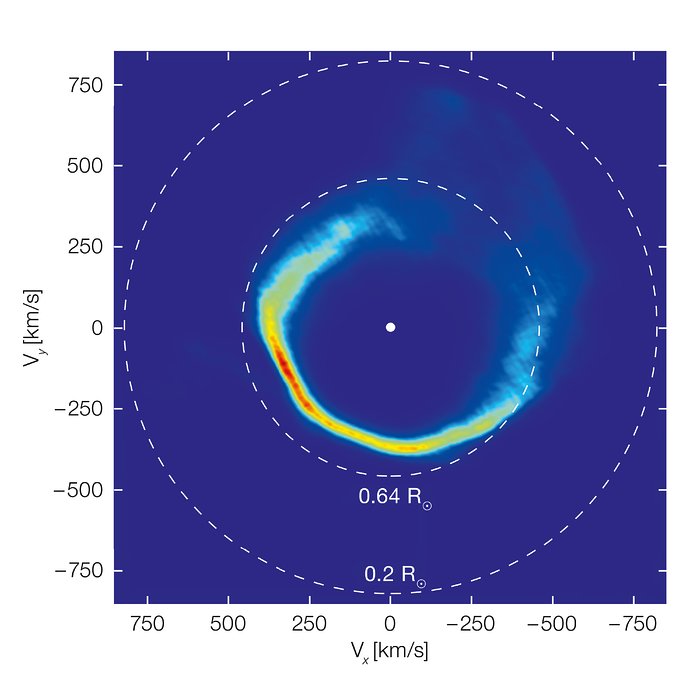 This plot is an unusual type of image, showing the velocities of the gas in the disc around the white dwarf SDSS J1228+1040, rather than its position. It was mapped out from Very Large Telescope observations over a period of twelve years and by applying a method called Doppler tomography. The dashed circles correspond to material in circular orbits at two different distances from the star. This appears “inside out” because material moves faster in close-in orbits.