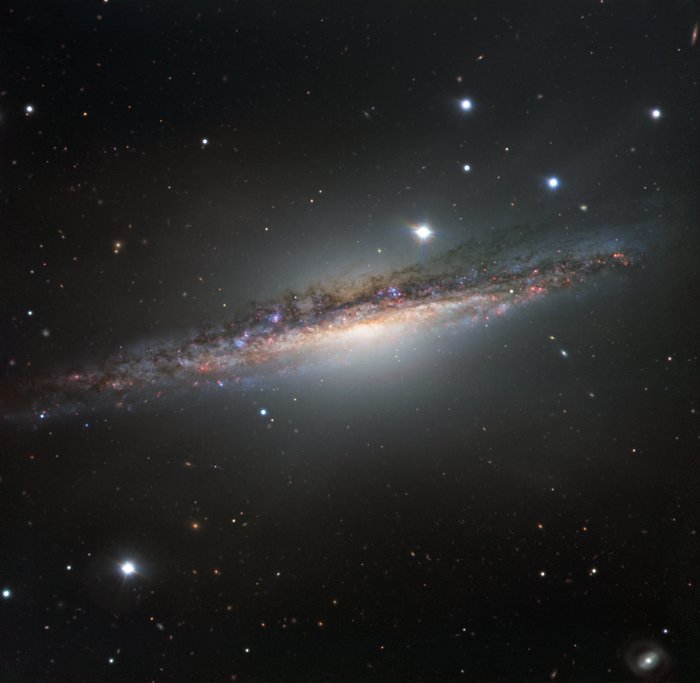 This colourful image from ESO’s Very Large Telescope shows NGC 1055 in the constellation of Cetus (The Sea Monster).  This large galaxy is thought to be up to 15 percent larger in diameter than the Milky Way. NGC 1055 appears to lack the whirling arms characteristic of a spiral, as it is seen edge-on. However, it displays odd twists in its structure that were probably caused by an interaction with a large neighbouring galaxy.