The Sun during totality at La Silla Observatory 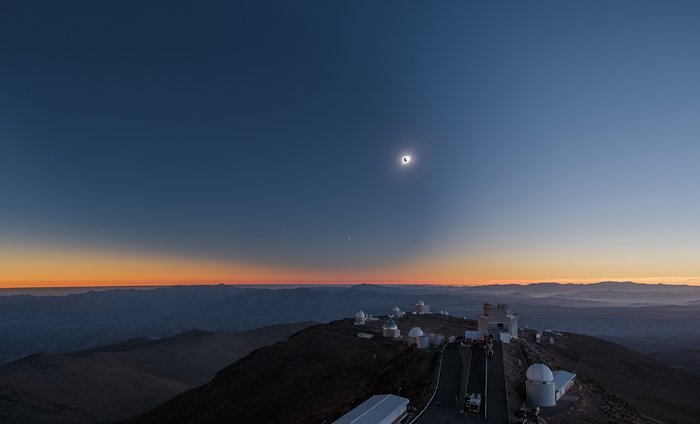 On 2 July 2019, a total solar eclipse passed over ESO’s La Silla Observatory in Chile. This image shows the Sun completely covered by the Moon during totality, revealing the solar corona, or the Sun's atmosphere. While totality only lasted about two minutes, the eclipse overall lasted over two hours and was visible across a narrow band of Chile and Argentina. To celebrate this rare event ESO invited 1000 people, including dignitaries, school children, the media, researchers, and the general public, to come to the Observatory to watch the eclipse from this unique location.