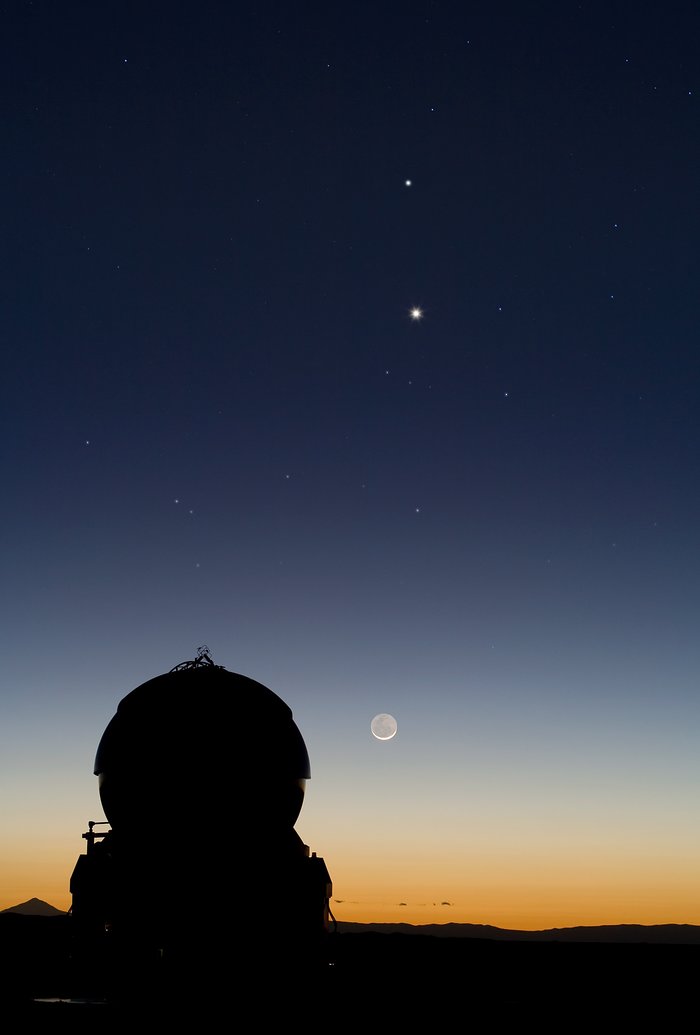 One morning, in March 2008, a rare and beautiful sight greeted Yuri Beletsky, astronomer at ESO’s Very Large Telescope (VLT) observatory at Paranal in northern Chile. In the sky above the observing deck, the planets Mercury and Venus were in alignment above the Moon, in a celestial event known as a conjunction.

Mercury, the smallest of the planets and shining highest in the sky in this image, orbits closest to the Sun of all the eight planets in our Solar System. Venus comes next, followed by Earth and its Moon. So this image captures the full stock of major astronomical bodies that pass between Earth and its host star.

To the bottom left, seen as an impressive silhouette, and accompanying this cosmic chance encounter, is one of the four 1.8-metre Auxiliary Telescopes (ATs) deployed at Paranal. These mobile telescopes are used for interferometry, an astronomical technique that essentially combines the observing power of all the telescopes involved into one giant telescope, allowing astronomers to probe the mysteries of the Universe in even greater detail.