Guests at the ALMA inauguration on a transporter 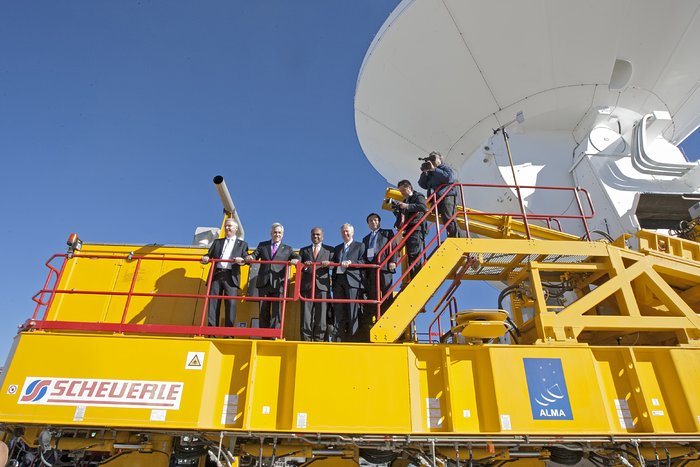 In the picture, some of the guests attending the inauguration ceremony are shown on one of the huge ALMA transporters. From left to right: Tim de Zeeuw, ESO Director General, the President of Chile, Sebastián Piñera, the director of the USA’s National Science Foundation (NSF) Subra Suresh, the director of ALMA Thijs de Graauw, and the Senior Vice Minister of Japan’s MEXT (Ministry of Education, Culture, Sports, Science and Technology) Teru Fukui.