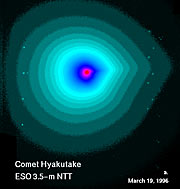 Imagem eso9623a
The asymetric shape of the coma of comet Hyakutake 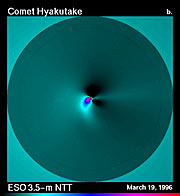 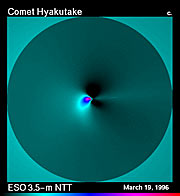 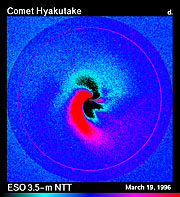