A view of VLT in Paranal 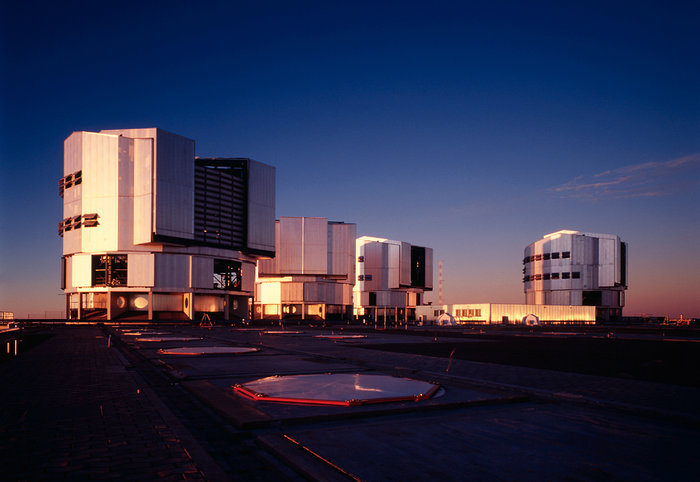 A view of the upper platform at the ESO Paranal Observatory with the four enclosures for the VLT 8.2-m Unit Telescopes and the partly subterranean Interferometric Laboratory (at centre). YEPUN (UT4) is housed in the enclosure to the right. This photo was obtained in the evening of November 25, 2001, some hours before "First Light" was achieved for the new NAOS-CONICA instrument, mounted at that telescope.