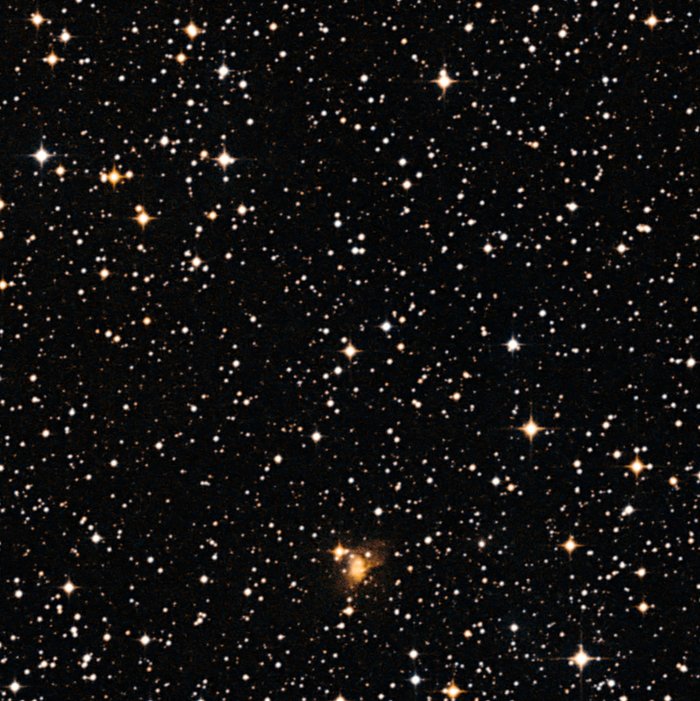 The star CoRoT-7 is located towards the constellation of Monoceros (the Unicorn) at a distance of about 500 light-years. Slightly smaller and cooler than our Sun, CoRoT-7 is also thought to be younger, with an age about 1.5 billion years. It is now known to have two planets, one of them being the first to be found with a density similar to that of Earth. CoRoT-7 is in the centre of the image.