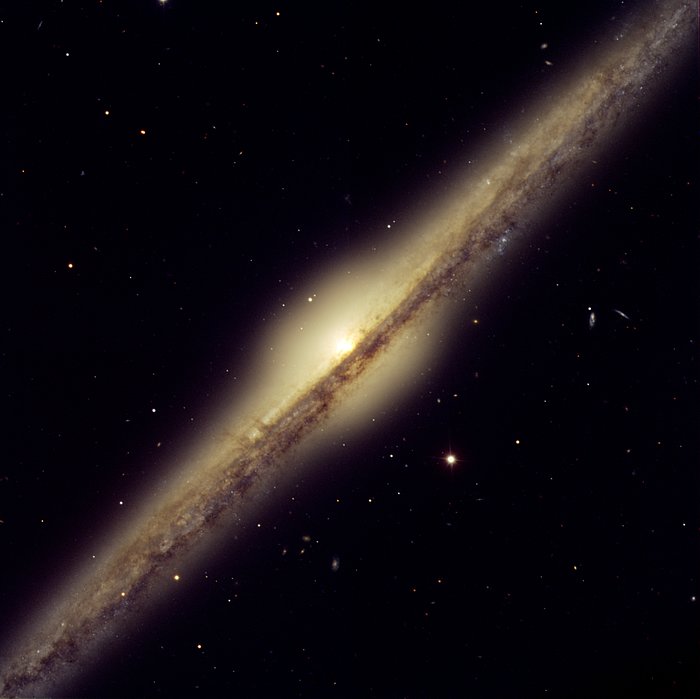 The first galaxy pictured here is NGC 4565, which for obvious reasons is also called the Needle Galaxy. First spotted in 1785 by Uranus' discoverer, Sir William Herschel (1738-1822), this is one of the most famous example of an edge-on spiral galaxy and is located some 30 million light-years away in the constellation Coma Berenices (Berenice's Hair). It displays a bright yellowish central bulge that juts out above most impressive dust lanes.