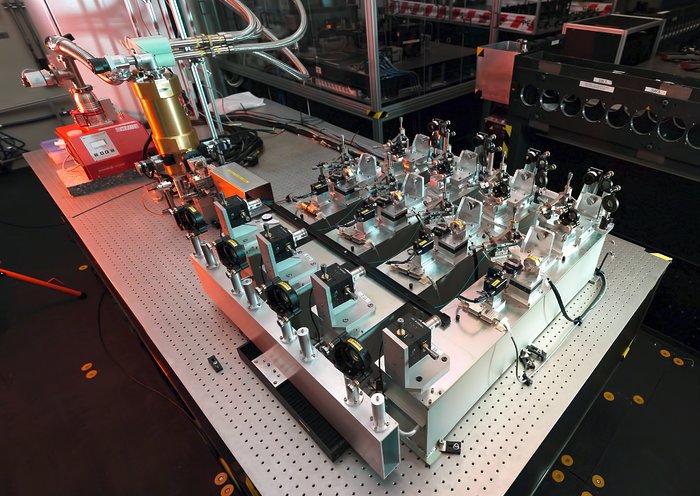 The PIONIER instrument, shown here in the VLTI laboratory at ESO’s Paranal Observatory in Chile, has been used to combine the light from the four 1.8-metre Auxiliary Telescopes for the first time. The distance traversed by the light from the telescopes had to be controlled to an accuracy of about one hundredth of the thickness of a strand of human hair.

The arrangement of the four identical optical setups in PIONIER can be seen in this image, aligned diagonally, with light from the telescopes entering from the right-hand side of the instrument. After passing through the optical assault course, the light is fed into the integrated optics chip (in the silver box marked with a yellow label) and finally detected by an infrared camera (located within the gold-coloured cylinder at the upper left).