The double cluster in Perseus 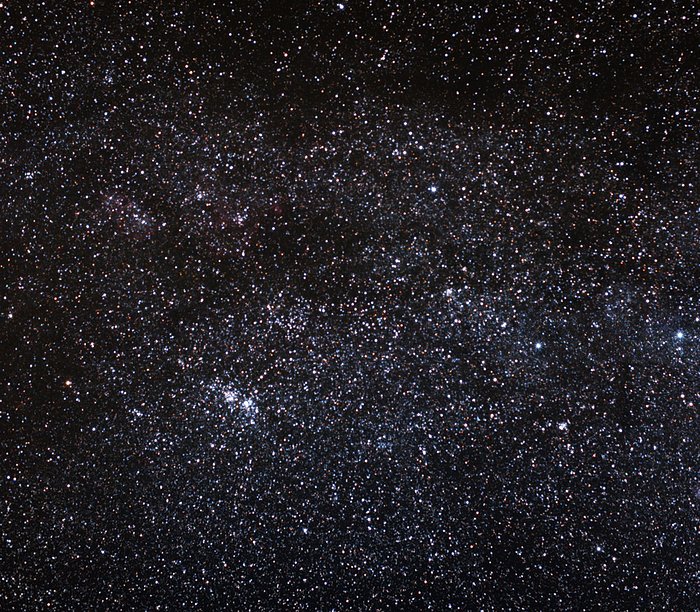 The famous Double Cluster in the constellation of Perseus consists of the star clusters h and chi Persei, which lie some 7,100 and 7,400 light-years away from Earth, respectively, and appear very close to each other on the sky.

These open clusters formed relatively recently in astronomical terms and move together through space, approaching us at a speed of roughly 80 000 kilometres per hour. They are both part of the so-called Perseus OB1 association, an assembly of extremely massive stars. The western component of the pair, h Persei, entry 869 in the New General Catalogue (NGC 869), is about 5.6 million years old, while Chi Persei (NGC 884) is closer to 3.6 million years old.

Easy to spot in the northern winter sky between the constellations of Perseus and Cassiopeia, the Double Cluster is a favourite of amateur astronomers. The clusters are dominated by bright blue stars and, speckled with a few fine orange stars, make a spectacular sight in the night sky, especially through binoculars.

The ancients also admired the Double Cluster, and the Greek astronomer Hipparcos first catalogued it in 130 BC.