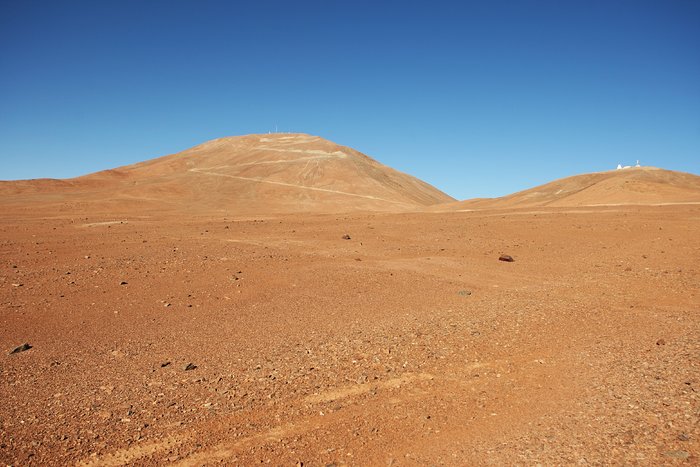 The European Extremely Large Telescope (E-ELT) Programme Office has studied half a dozen potential sites for the future E-ELT observatory, which, with its 40-metre-class diameter, will be the world’s biggest eye on the sky. Various aspects need to be considered in the site selection process. Parameters taken into account are not restricted to “sky quality”, but include more general scientific aspects, as well as parameters essential for construction and operations. The picture above shows Cerro Armazones, which was selected as the site for the planned E-ELT. Armazones is a site located in Chile, not very far from the ESO Paranal Observatory, home to the flagship Very Large Telescope.