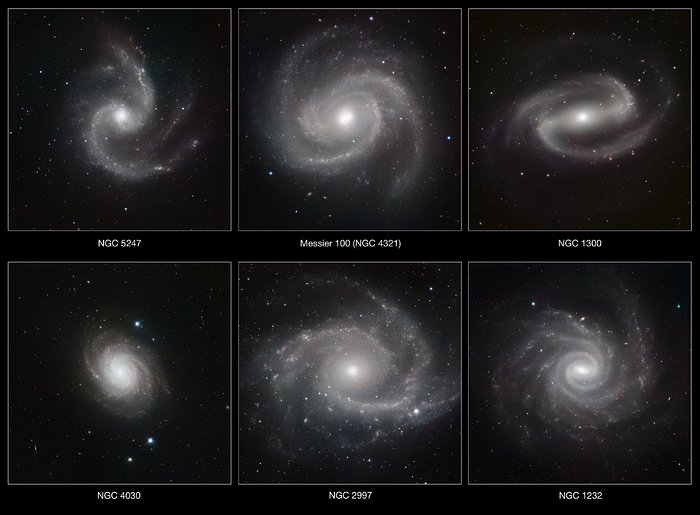 Six spectacular spiral galaxies are seen in a clear new light in pictures from ESO’s Very Large Telescope (VLT) at the Paranal Observatory in Chile. The pictures were taken in infrared light, using the impressive power of the HAWK-I camera to help astronomers understand how the remarkable spiral patterns in galaxies form and evolve. From left to right the galaxies are NGC 5247, Messier 100 (NGC 4321), NGC 1300, NGC 4030, NGC 2997 and NGC 1232.