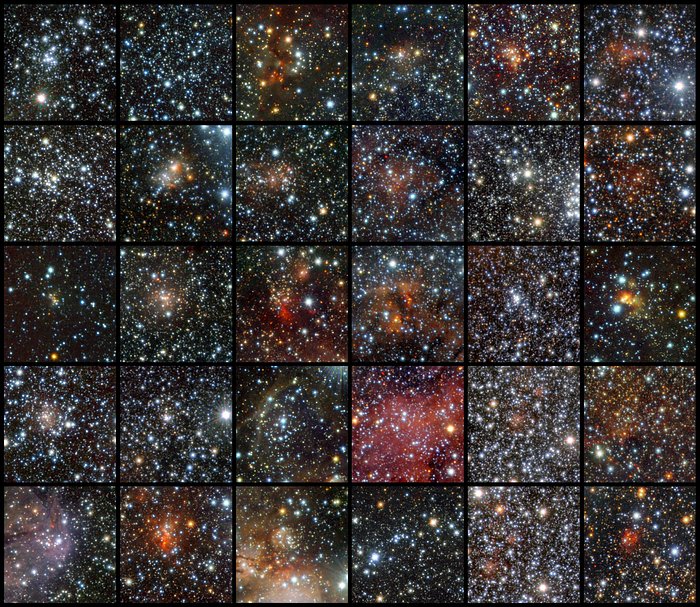 Using data from the VISTA infrared survey telescope at ESO’s Paranal Observatory, an international team of astronomers has discovered 96 new open clusters hidden by the dust in the Milky Way. Thirty of these clusters are shown in this mosaic. These tiny and faint objects were invisible to previous surveys, but they could not escape the sensitive infrared detectors of the world’s largest survey telescope, which can peer through the dust. This is the first time so many faint and small clusters have been found at once. The images are made using infrared light in the following bands: J (shown in blue), H (shown in green), and Ks (shown in red).