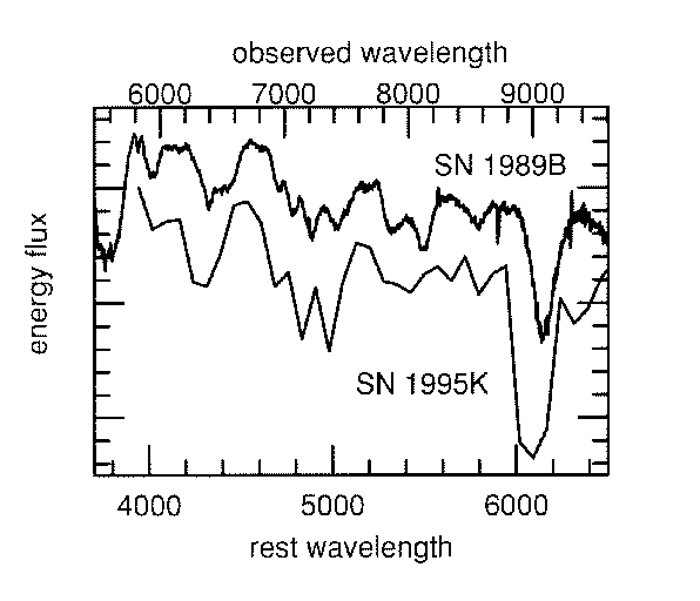 This graph shows a comparison of the spectrum of the very distant supernova SN 1995K (lower) and a relatively nearby supernova of Type Ia, SN 1989B (upper; spectrum from the Cerro Tololo Inter-American Observatory). The top scale shows the wavelength (colour) of the light as observed in SN 1995K expressed in Angstroms (1 Angstrom = 10exp-10 m), while the bottom scale shows the other wavelengths at which the light was emitted. The redshift of the light emitted by a distant object is caused by the expansion of the universe. After correcting for this effect as has been done here, the similarity of the two spectra is obvious. This allows to classify SN 1995K as a supernova of type Ia.

The great distance of SN 1995K makes it appear 600,000 times fainter than SN 1989B. To plot the two spectra on the same graph, the intensity (energy flux) of the spectrum of SN 1995K has been corrected by about this factor.