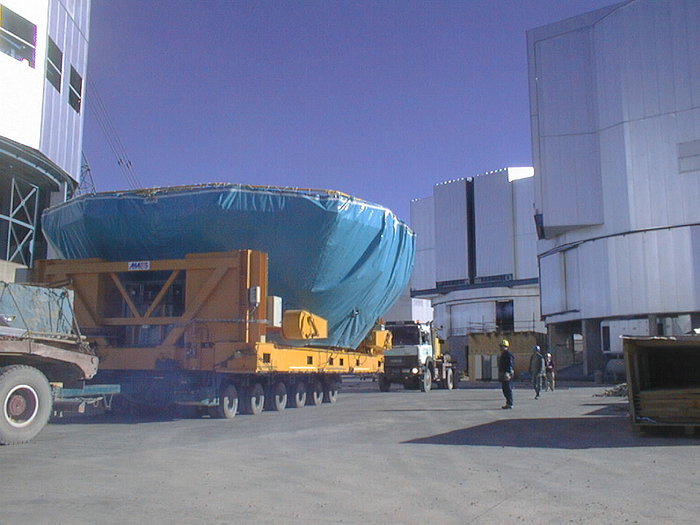 Final preparations being carried out in the week before the VLT UT1 First Light. Following successful optical alignment tests, the 8.2-m primary mirror was removed from the first Unit Telescope (UT1). This image shows the mirror being moved into the Mirror Maintenance Building (MMB) to be coated with a thin, highly reflective aluminium layer. The transport moves between the telescope enclosures - nos. 1, 2 and 3 to the right, and no. 4 to the left. (Photo obtained on May 17, 1998).