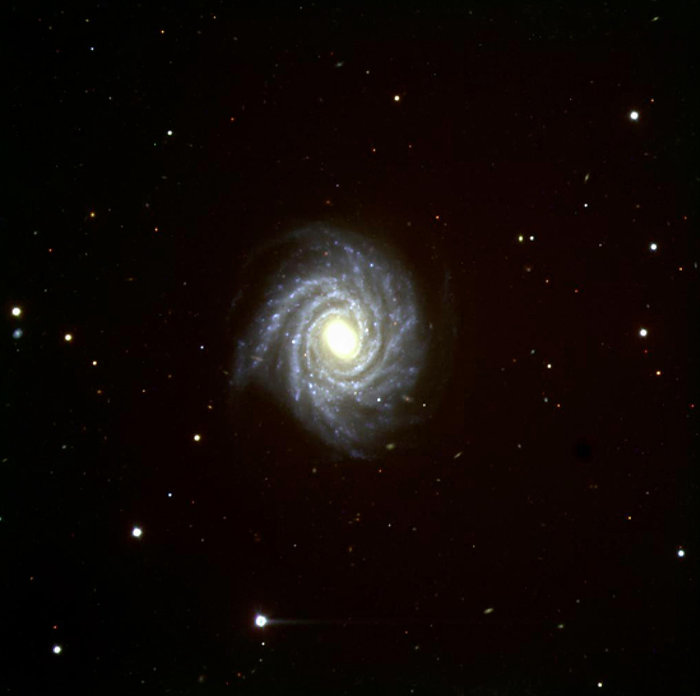 This image is a reproduction of a colour composite image of the beautiful spiral galaxy NGC 1288 in the southern constellation Fornax. It covers the entire field that was imaged on the 2048 x 2048 pixel CCD camera. It is based on CCD frames in different colours that were taken under good seeing conditions during the night of First Light (15 September 1998). The distance to this galaxy is about 300 million light-years; it recedes with a velocity of 4500 km/sec and its diameter is about 200,000 light-years.