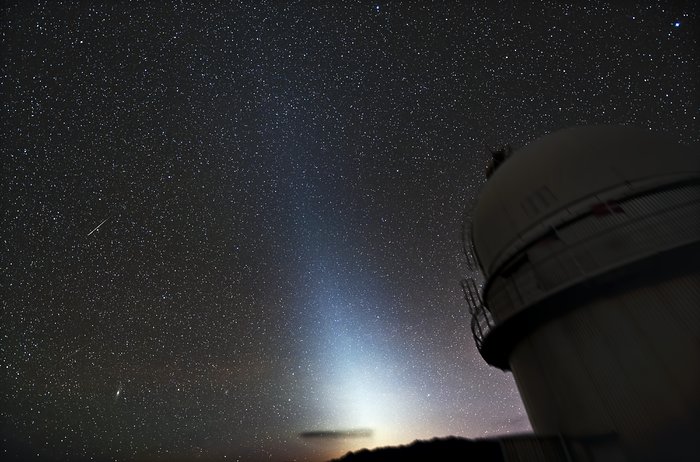 This image taken from La Silla shows a phenomenon called 'Zodiacal light' and can be observed as roughly triangular, diffuse white glow seen in the night sky. It appears to extend up from the vicinity of the Sun along the ecliptic or zodiac.

Zodiacal light is best seen just after sunset and before sunrise in spring and autumn when the zodiac is at a steep angle to the horizon. It originates from the scattering of sunlight by dust located between the planets that are spread through the plane of the Solar System.