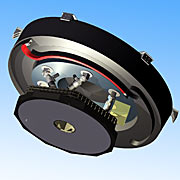 PR kép ann12032b
Prototype of part of the adaptive support system of the E-ELT
Send us your comments!
Subscribe to receive news from ESO in your language
Accelerated by CDN77
Szerződési feltételek