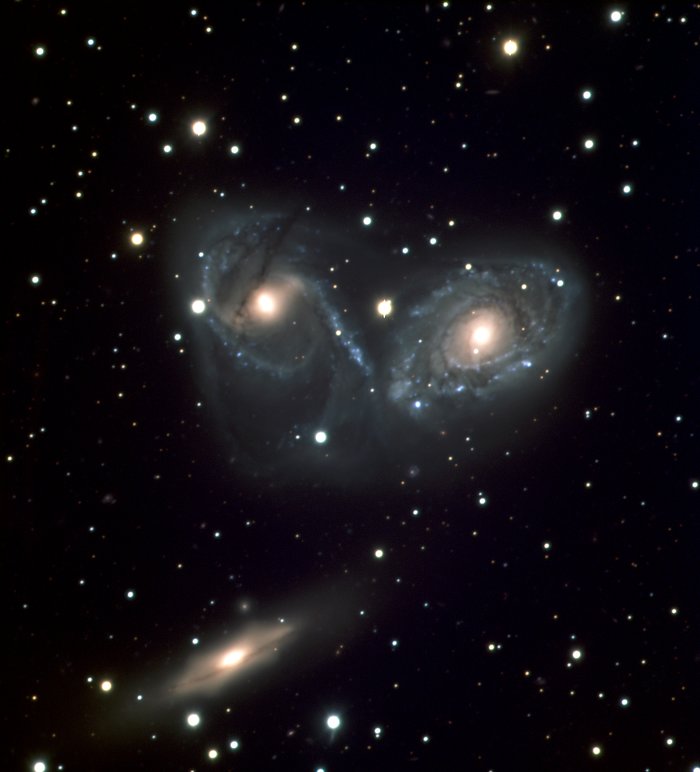 Colour-composite image showing the triplet of galaxies NGC 6769, 6770 and NGC 6771, as observed with the VIMOS instrument on Melipal, one of the four 8.2-m Unit Telescopes of ESO's Very Large Telescope. The images were obtained on the morning of April 1, 2004 during twilight in three different wavebands, each of which is here being represented by a different colour: U (around 380 nm; associated to the Blue channel) ; B (425 nm ; Green channel) and V (550 nm ; Red channel). The total exposure time in the U, B and V bands is, respectively, 20, 6 and 12 minutes. The mean seeing was around 0.9 arcsec. The field shown measures 6.1 x 6.8 square arcmin. North is up and East is left.