Artist’s impression of CR7: the brightest galaxy in the early Universe 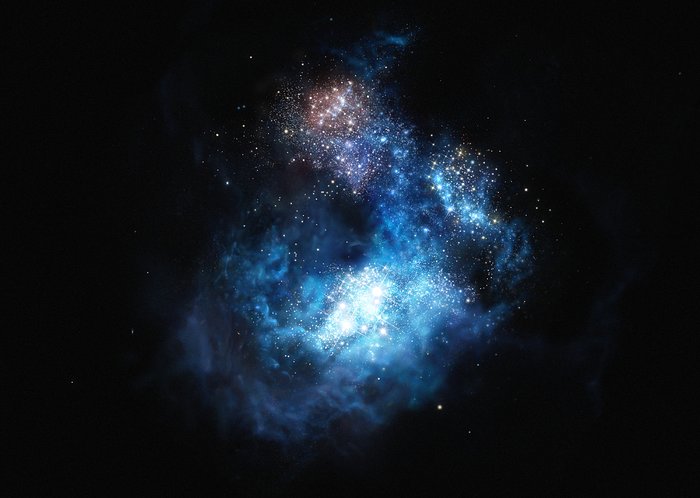 This artist’s impression shows CR7 a very distant galaxy discovered using ESO’s Very Large Telescope. It is by far the brightest galaxy yet found in the early Universe and there is strong evidence that examples of the first generation of stars lurk within it. These massive, brilliant, and previously purely theoretical objects were the creators of the first heavy elements in history — the elements necessary to forge the stars around us today, the planets that orbit them, and life as we know it. This newly found galaxy is three times brighter than the brightest distant galaxy known up to now.