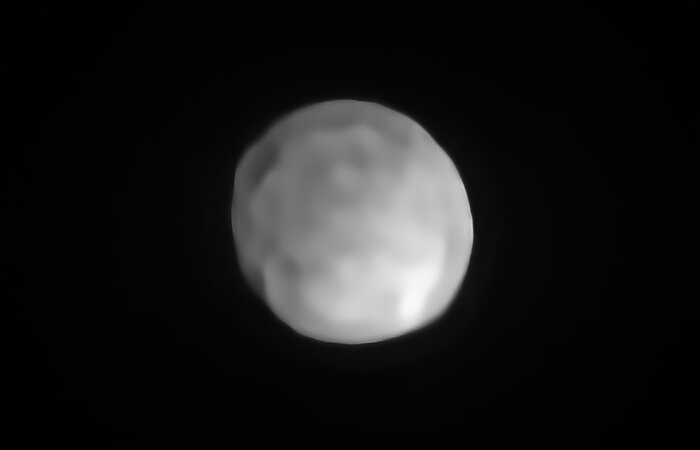 A new SPHERE/VLT image of Hygiea, which could be the Solar System’s smallest dwarf planet yet. As an object in the main asteroid belt, Hygiea satisfies right away three of the four requirements to be classified as a dwarf planet: it orbits around the Sun, it is not a moon and, unlike a planet, it has not cleared the neighbourhood around its orbit. The final requirement is that it have enough mass that its own gravity pulls it into a roughly spherical shape. This is what VLT observations have now revealed about Hygiea.