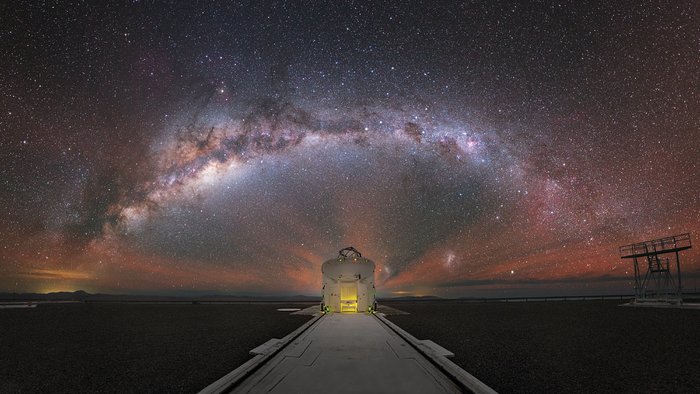 This beautiful image shows the Milky Way stretched out behind one of the Auxiliary Telescopes of ESO's Very Large Telescope (VLT). The VLT has stimulated a new age of discoveries, with several notable scientific firsts, including the first image of an extrasolar planet, tracking individual stars moving around the supermassive black hole at the centre of the Milky Way.