Artist’s impression of the active galactic nucleus of Messier 77 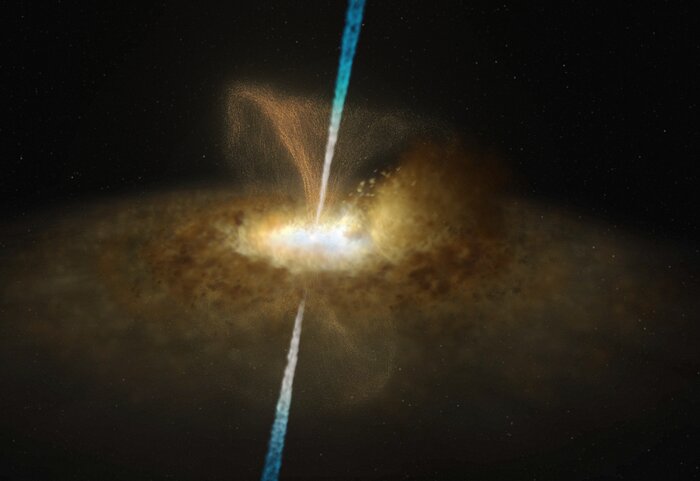 This active galactic nucleus is also believed to have jets, as well as dusty winds, that flow out of the region around the black hole perpendicularly to the accretion disc around it.