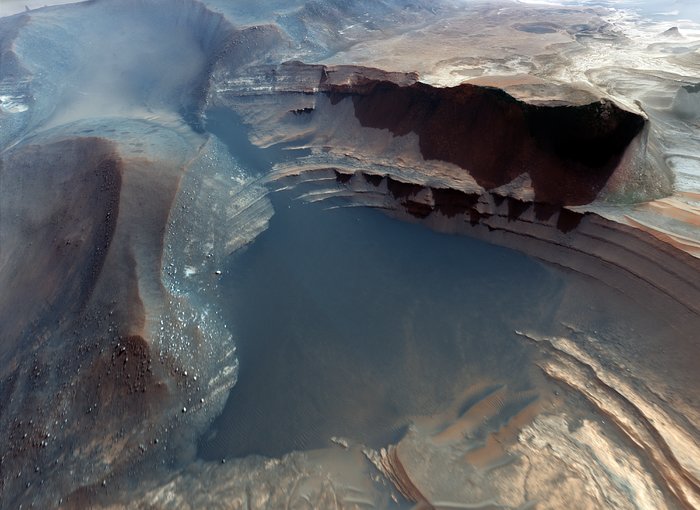 3D flyover of the Earth-like landscape of the Red Planet, as seen in Hidden Universe, released in IMAX® theatres and giant-screen cinemas around the globe and produced by the Australian production company December Media in association with Film Victoria, Swinburne University of Technology, MacGillivray Freeman Films and ESO. The original data were retrieved by the Mars Orbiter.