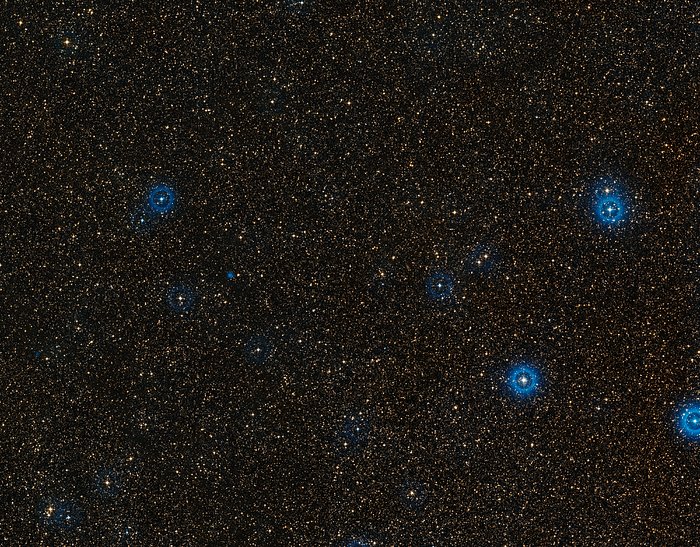 This wide-field view of part of the southern constellation of Vela is centred on the position of the brown dwarf pair Luhman 16AB. It was created from images forming part of the Digitized Sky Survey 2. As Luhman 16AB lies very close to the Solar System it moves relatively quickly across the sky. And as this picture was made from photographs taken many years apart the object appears twice, once as a blue spot and once as a red one!