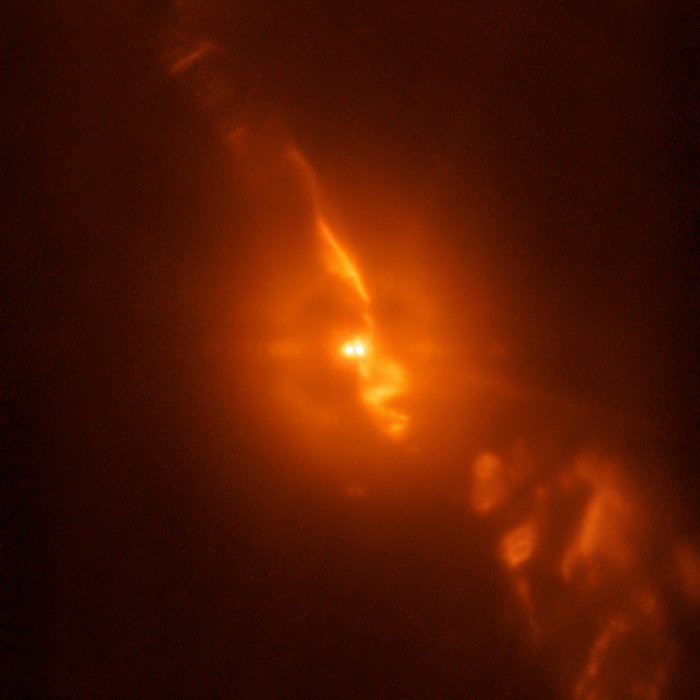 While testing a new subsystem on the SPHERE planet-hunting instrument on ESO’s Very Large telescope, astronomers were able to capture dramatic details of the turbulent stellar relationship in the binary star R Aquarii with unprecedented clarity — even compared to observations from the NASA/ESA Hubble Space Telescope.

This image is from the SPHERE/ZIMPOL observations of R Aquarii, and shows the binary star itself, as well as the jets of material spewing from the stellar couple.