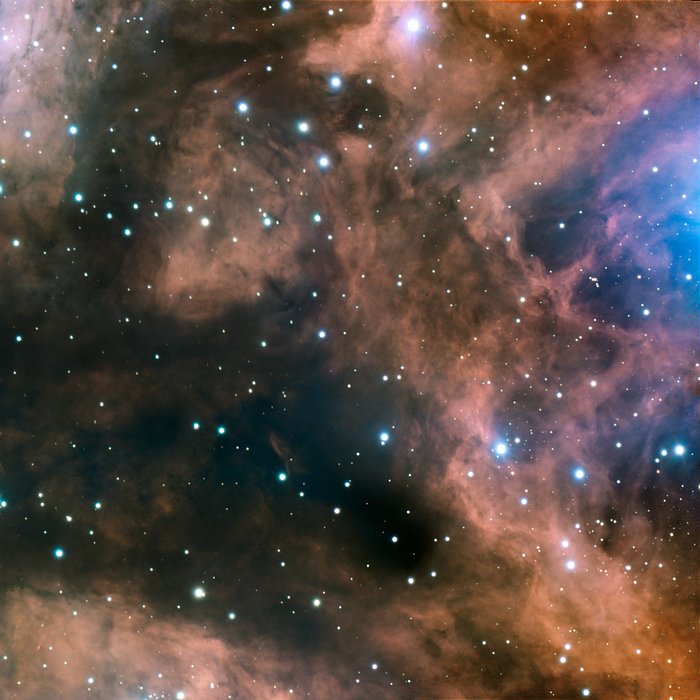 This image, captured by ESO’s Very Large Telescope (VLT) at Paranal, shows a small part of the well-known emission nebula, NGC 6357, located some 8000 light-years away, in the tail of the southern constellation of Scorpius (The Scorpion). The image glows with the characteristic red of an H II region, and contains a large amount of ionised and excited hydrogen gas.

The cloud is bathed in intense ultraviolet radiation — mainly from the open star cluster Pismis 24, home to some massive, young, blue stars — which it re-emits as visible light, in this distinctive red hue.

The cluster itself is out of the field of view of this picture, its diffuse light seen illuminating the cloud on the centre-right of the image. We are looking at a close-up of the surrounding nebula, showing a mesh of gas, dark dust, and newly born and still forming stars.