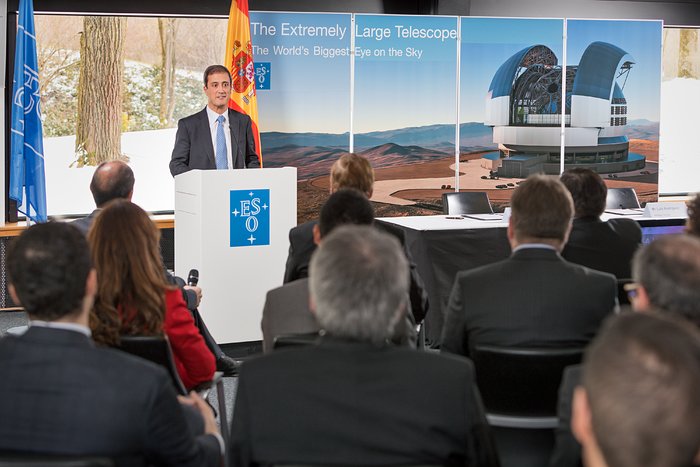 This picture shows the President of IDOM, Luis Rodríguez, addressing the ceremony.