The nucleus of comet Wirtanen 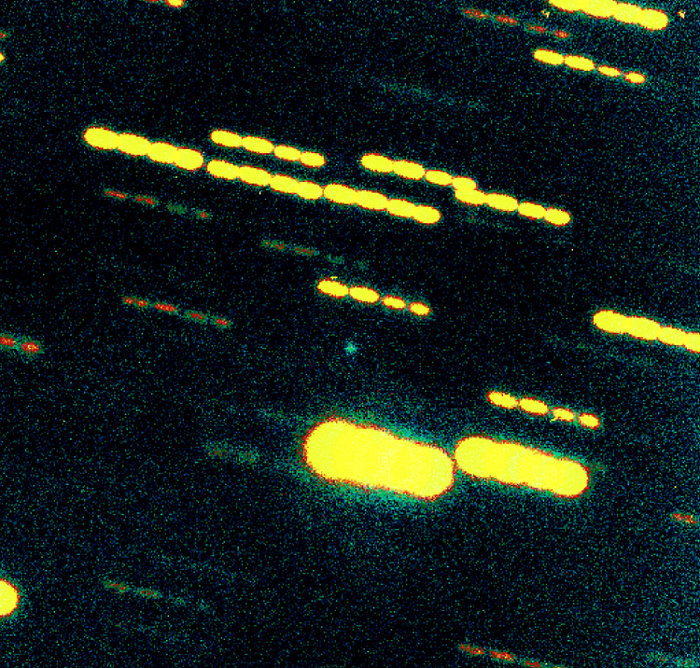 The image reveals a false-colour composite image of the nucleus of Comet Wirtanen (the point of light at the centre), recorded on December 9, 2001, with the FORS2 multi-mode instrument at the 8.2-m VLT YEPUN Unit Telescope. It is based on four exposures and since the telescope was set to track the motion of the comet in the sky, the images of stars in the field are seen as four consecutive trails.

The measured brightness and the fact that the image of the comet's 'dirty snowball' nucleus is almost star-like indicates that it is surrounded by a very small amount of gas or dust. The diameter of the nucleus is about 1 km and the distance to the comet from the Earth was ~534 million km.