Lore on the move 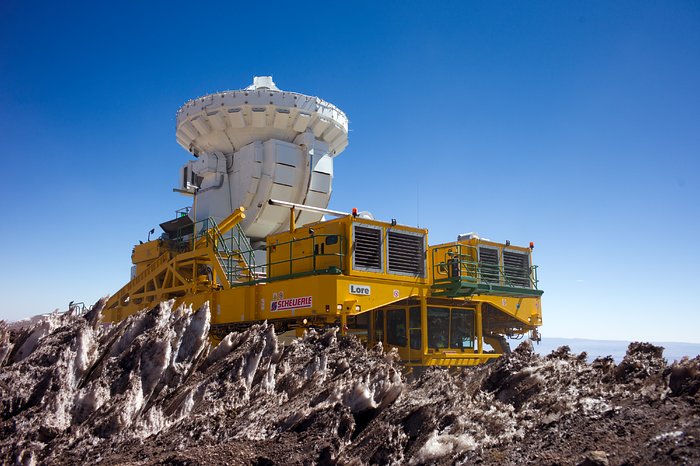 In this photograph one of the two ALMA transporters, Lore, is carrying one of the 7-metre-diameter antennas of ALMA, the Atacama Large Millimeter/submillimeter Array. Lore and her twin, Otto, are two bright yellow 28-wheeled vehicles, custom-built to move ALMA’s antennas around on the Chajnantor Plateau at an elevation of 5000 metres. By doing this, they can reconfigure the telescope array to make the most useful observations of a given target. They also move antennas between Chajnantor and the lower altitude Operations Support Facility for maintenance.

The dramatic icy spikes in the foreground are known as penitentes (Spanish for penitents). These are a curious natural phenomenon found in high altitude regions, typically more than 4000 metres above sea level. They are thin blades of hardened snow or ice which point towards the Sun, attaining heights from a few centimetres up to several metres.