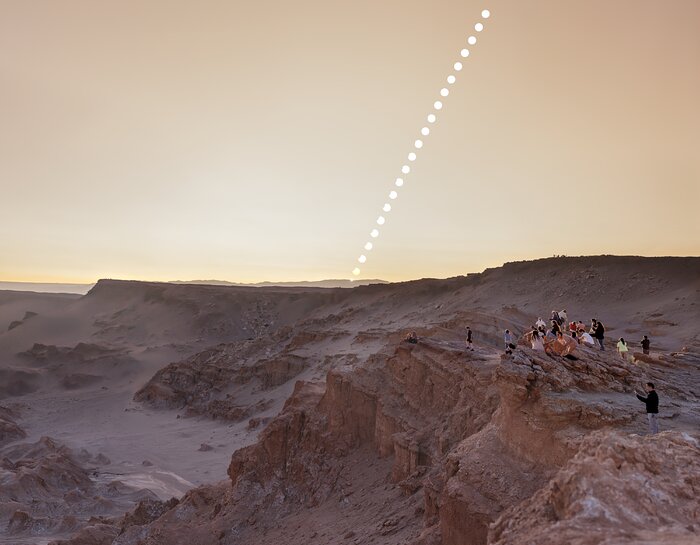 This picture of the week shows the partial solar eclipse that was visible over Chile’s Atacama Desert on 30 April 2022. The photograph was taken in San Pedro de Atacama, above the Valle de la Luna (Moon Valley). This is near the site of the Atacama Large Millimeter/sub-millimeter Array (ALMA), which is co-owned and co-operated by the ESO on behalf of its European partners.

In the photo, you can see a sequence of images showing the partial solar eclipse, caused by the Moon obscuring a fraction of our line of sight to the Sun. This gives the impression of a small section of the Sun having been cut out. The whole sequence lasted just 54 minutes, and visitors to the scene were pleasantly surprised by it, expecting a regular sunset instead.

The Valle de la Luna is also bathed in the dusty glow of the volcanic sunset, caused by the ash of the Hunga Tonga volcano which erupted in December 2021. This ash is trapped high in the atmosphere, casting a soft dawn-like light that gives the scene an unusual martian feeling.