Winners of Insight Astronomy Photographer of the Year 2016 announced

The winners of Insight Astronomy Photographer of the Year 2016 were announced at an award ceremony at the Royal Observatory Greenwich on 15 September 2016. The winning photographs will be exhibited at the Observatory’s Astronomy Centre from 17 September 2016 until 28 June 2017. ESO joined the 2016 competition as a partner, by contributing a judge from its education and Public Outreach Department (ePOD).

The overall winner of the Insight Astronomy Photographer of the Year 2016 competition is Chinese photographer Yu Jun who takes home a prize of £10 000. His winning photograph depicts the phenomenon of Baily’s Beads of the total solar eclipse on 9 March 2016 from Luwuk, Indonesia, captured in a matter of mere minutes.

The winners of all the categories are:

Young Astronomy Photographer of the Year

Insight Astronomy Photographer of the Year is run by the Royal Observatory Greenwich in association with Insight Investment and BBC Sky at Night Magazine. Now in its eighth year, the competition received a record number of over 4500 entries from over 80 countries.

The Royal Observatory Greenwich is home of Greenwich Mean Time and the Prime Meridian and one of the most important historic scientific sites in the world. Since its founding in 1675, Greenwich has been at the centre of the measurement of time and space. Today the Observatory galleries and Peter Harrison Planetarium help unravel the extraordinary phenomena of time, space and astronomy. The Royal Observatory Greenwich is part of Royal Museums Greenwich which also incorporates the National Maritime Museum, the 17th-century Queen’s House and Cutty Sark. Royal Museums Greenwich works to illustrate for everyone the importance of the sea, ships, time and the stars and their relationship with people. This unique collection of attractions, which form a key part of the Maritime Greenwich UNESCO World Heritage Site, welcomes over two million British and international visitors a year and is also a major centre of education and research. For more information visit www.rmg.co.uk.

Insight Investment is a leading asset manager focused on designing investment solutions to meet its clients’ needs. Founded in 2002, Insight’s partnership approach has delivered both investment performance and impressive growth in assets under management. Insight manages £400bn ($605bn) across liability-driven investment, fixed income & currency, global multi-asset and absolute return, global farmland and specialist equities. Insight is owned by BNY Mellon, a global leader in investment management and investment services with $1.6 trillion in assets under management, as at 30 September 2015. The value of investments and any income from them will fluctuate and is not guaranteed (this may be partly due to exchange rate fluctuations). Investors may not get back the full amount invested. Past performance is not a guide to future performance. More information about Insight Investment can be found at: www.insightinvestment.com

BBC Sky at Night Magazine has become Britain's best-selling astronomy title since its launch in 2005, with 25 000 subscribers and average sales of 7500 copies a month. skyatnightmagazine.com has 33 000 unique users a month and reaches more than 32 000 social media followers through Facebook and Twitter. The magazine is also available on iTunes Newsstand, Google Play and Zinio, and is media partner of the annual Insight Astronomy Photographer of the Year competition run by the Royal Observatory Greenwich. With writing from the world’s leading astronomers and writers, the BBC Sky at Night Magazine complements one of the world's longest running TV programmes, The Sky at Night, and features regular articles from its presenters Chris Lintott, Maggie Aderin-Pocock, Pete Lawrence and Paul Abel, plus in-depth equipment reviews and stargazing advice. Every issue also includes the latest episode of The Sky At Night on a cover-mounted disc. BBC Sky at Night Magazine is published by Immediate Media Co under licence from BBC Worldwide. Follow us on @skyatnightmag. 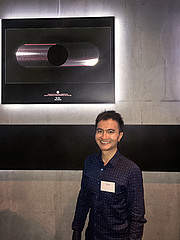