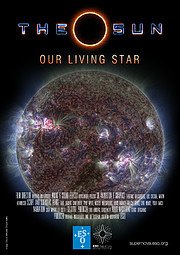 PR slika ann18064a
Poster for The Sun, Our Living Star

PR slika ann18064b
Sunrise as you have never seen it

PR slika ann18064c
Image from The Sun, Our Living Star