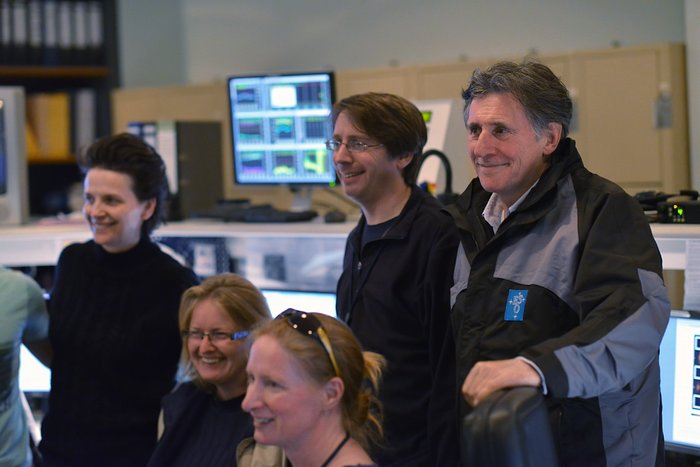 In February 2014 award-winning French actress Juliette Binoche and Irish actor Gabriel Byrne visited ESO’s Paranal Observatory in northern Chile. Juliette Binoche then travelled on to visit ALMA. In this picture they are seen sharing a joke with ESO astronomers and engineers in the control room of one of the Unit Telescopes of ESO’s VLT at Paranal.

Juliette Binoche appears on the far left and Gabriel Byrne on the right. Also seen is ESO staff Suzanne Ramsay (bottom), and Linda Schmidtobreick (ESO Chile, left middle). Andrew Bunker from Oxford University who was a visiting observer using KMOS that night, is to the right, middle.