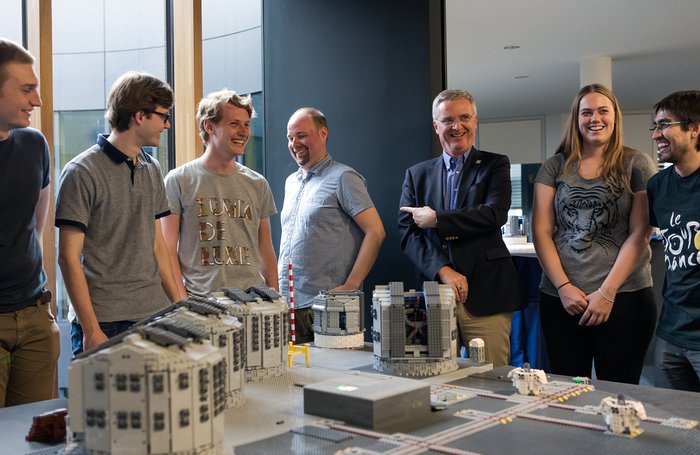 Frans Snik of Leiden University in the Netherlands and his team of dedicated helpers deliver their latest creation — a LEGO® model of the entire Paranal platform — to ESO’s Director General, Tim de Zeeuw. The model faithfully reproduces the four Unit Telescopes, four Auxiliary Telescopes, the VST, VISTA and the Control Building that make up ESO’s flagship facility in Paranal, Chile.