Revisiting the quasar without a home 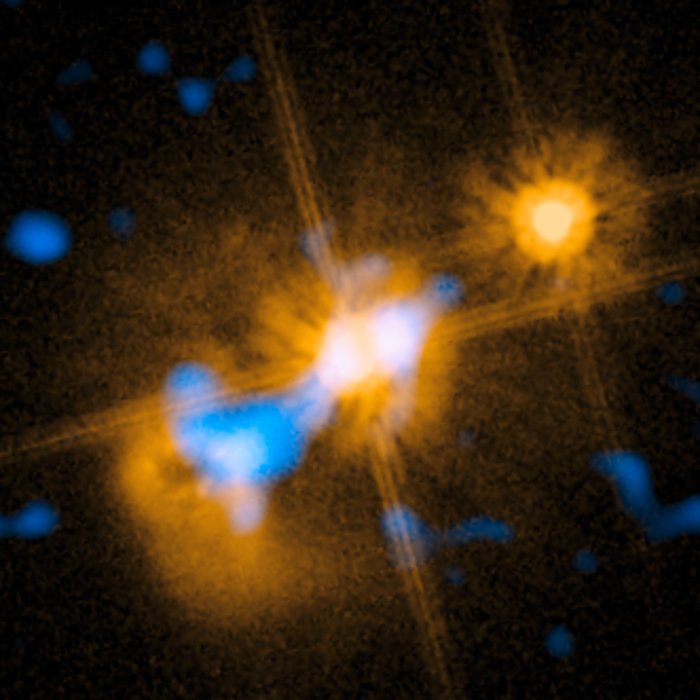 Colour composite image of a peculiar object, the nearby quasar HE0450-2958, which is the only one for which no sign of a host galaxy has yet been detected. A team of astronomers has identified black hole jets as a possible driver of galaxy formation, which may also represent the long-sought missing link to understanding why the mass of black holes is larger in galaxies that contain more stars. The mid-infrared part of this image was obtained with the VISIR instrument on ESO’s Very Large Telescope, while the visible image comes courtesy of the Hubble Space Telescope and the Advanced Camera for Surveys.