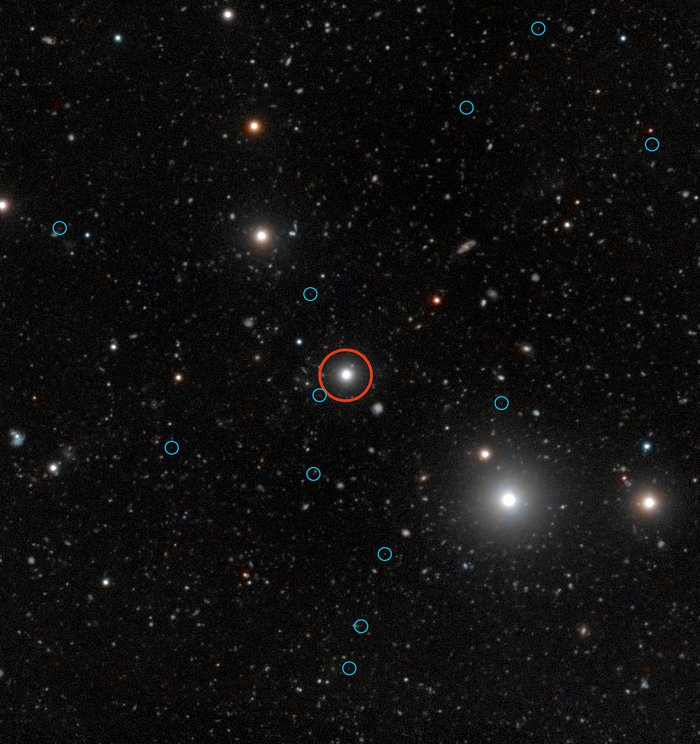 This deep image shows the region of the sky around the quasar HE0109-3518. The quasar is labelled with a red circle near the centre of the image. The energetic radiation of the quasar makes dark galaxies glow, helping astronomers to understand the obscure early stages of galaxy formation. The faint images of the glow from 12 dark galaxies are labelled with blue circles. Dark galaxies are essentially devoid of stars, therefore they don’t emit any light that telescopes can catch. This makes them virtually impossible to observe unless they are illuminated by an external light source like a background quasar.

This image combines observations from the Very Large Telescope, tuned to detect the fluorescent emissions produced by the quasar illuminating the dark galaxies, with colour data from the Digitized Sky Survey 2.