The star HD 95086 in the constellation of Carina 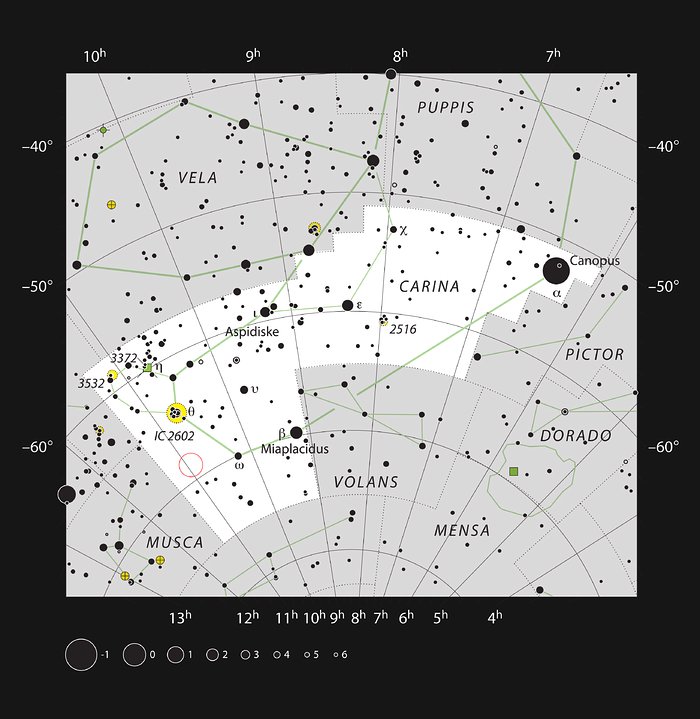 This chart shows the position of the young star HD 95086 in the southern constellation of Carina (The Keel). Most of the stars that are visible to the unaided eye from a clear and dark site are shown. The star HD 95086 hosts a giant gaseous planet four to five times the mass of Jupiter. This star is a little too faint to see with the unaided eye, but can be picked up in binoculars. The planet cannot be seen in small telescopes.

The star belongs to the Lower Centaurus Crux association with an age estimated between 10 and 17 million years.