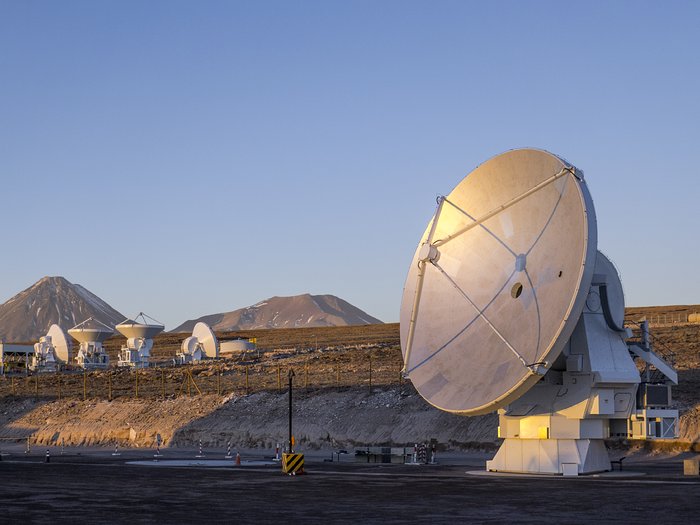 This picture shows the final antenna for the Atacama Large Millimeter/submillimeter Array (ALMA) project, shortly before it was handed over to the ALMA Observatory. The 12-metre-diameter dish was manufactured by the European AEM Consortium and also marks the successful delivery of a total of 25 European antennas — the largest ESO contract so far.

The final antenna appears in the foreground on the right and several other antennas appear in the background.