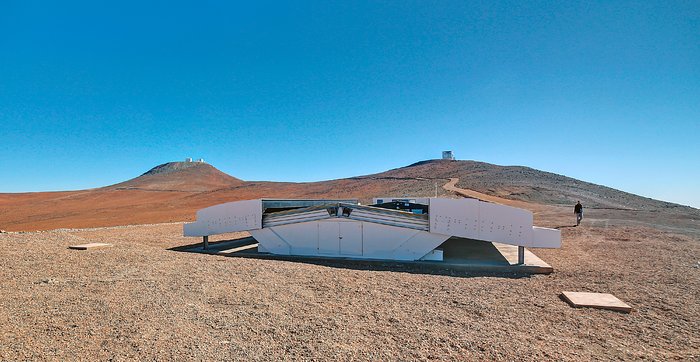 This image shows the NGTS enclosure in the day. The VISTA (right) and VLT (left) domes can also be seen on the horizon.