The WLM galaxy on the edge of the Local Group 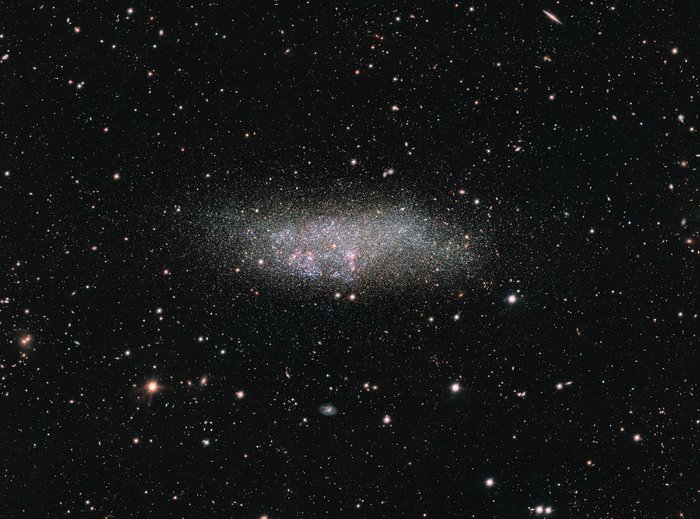 This image, captured by ESO’s OmegaCAM on the VLT Survey Telescope, shows a lonely galaxy known as Wolf-Lundmark-Melotte, or WLM for short. Although considered part of our Local Group of dozens of galaxies, WLM stands alone at the group’s outer edges as one of its most remote members. In fact, the galaxy is so small and secluded that it may never have interacted with any other Local Group galaxy — or perhaps even any other galaxy in the history of the Universe.