The surroundings of the edge-on galaxy NGC 1055 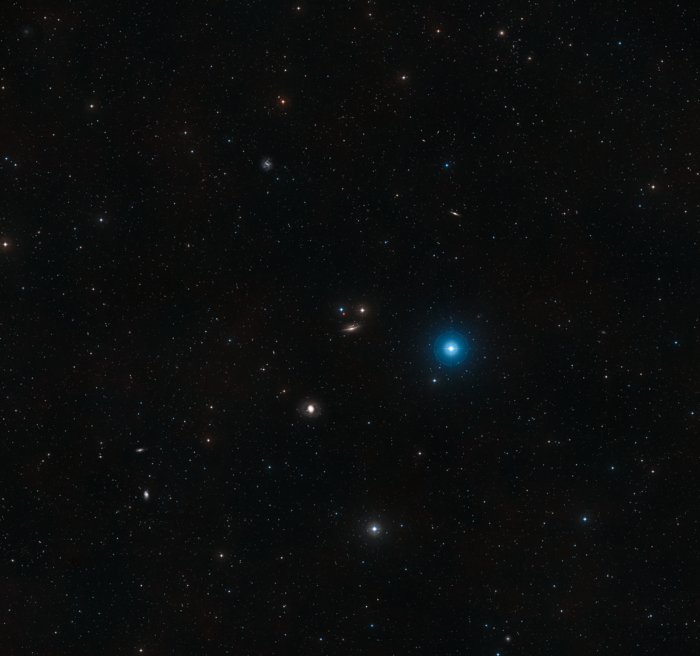 This rich wide-field view captures not only the edge-on galaxy NGC 1055 at the centre but also the bright galaxy NGC 1068 (also known as Messier 77, it is an active galaxy with a huge black hole at its centre) to its lower-left, the fainter galaxy NGC 1032 to the upper right and the barred spiral galaxy NGC 1073 to the upper left. In addition, much closer to home, the bright naked-eye blue star Delta Ceti appears at the right of centre. This picture was created from images in the Digitized Sky Survey 2.