Simulation of Material Orbiting close to a Black Hole 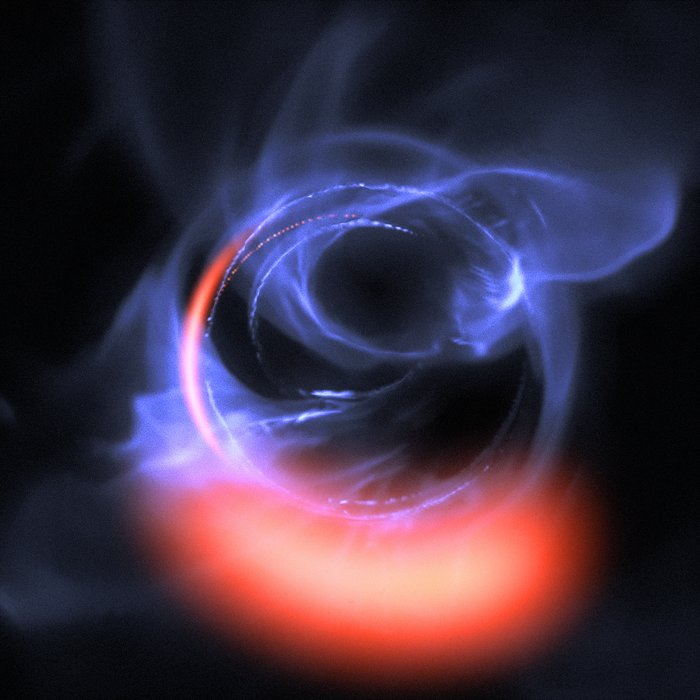 ESO's exquisitely sensitive GRAVITY instrument has added further evidence to the long-standing assumption that a supermassive black hole lurks in the centre of the Milky Way. New observations show clumps of gas swirling around at about 30% of the speed of light on a circular orbit just outside a four million solar mass black hole — the first time material has been observed orbiting close to the point of no return, and the most detailed observations yet of material orbiting this close to a black hole.

This visualisation uses data from simulations of orbital motions of gas swirling around at about 30% of the speed of light on a circular orbit around the black hole.