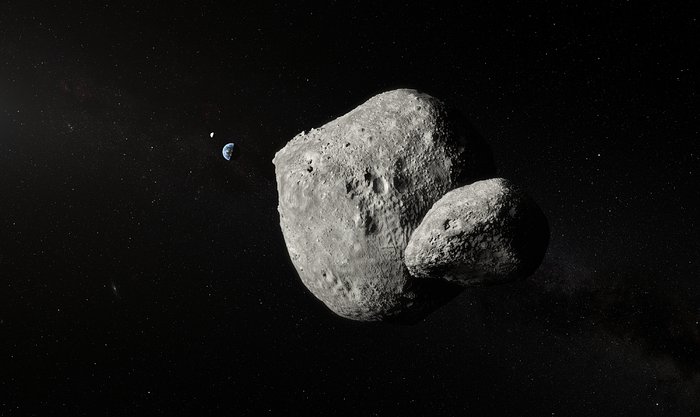 This artist’s impression shows both components of the double asteroid 1999 KW4 during its Earth fly-by.