SPHERE images of the AB Aurigae system (side by side, annotated) 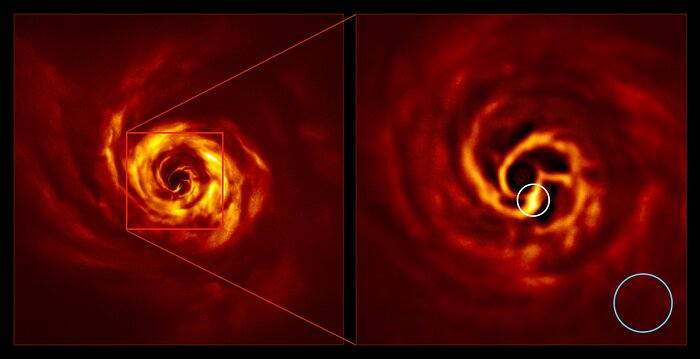 The images of the AB Aurigae system showing the disc around it. The image on the right is a zoomed-in version of the area indicated by a red square on the image on the left. It shows the inner region of the disc, including the very-bright-yellow ‘twist’ (circled in white) that scientists believe marks the spot where a planet is forming. This twist lies at about the same distance from the AB Aurigae star as Neptune from the Sun. The blue circle represents the size of the orbit of Neptune.

The images were obtained with the SPHERE instrument on ESO’s Very Large Telescope in polarised light.